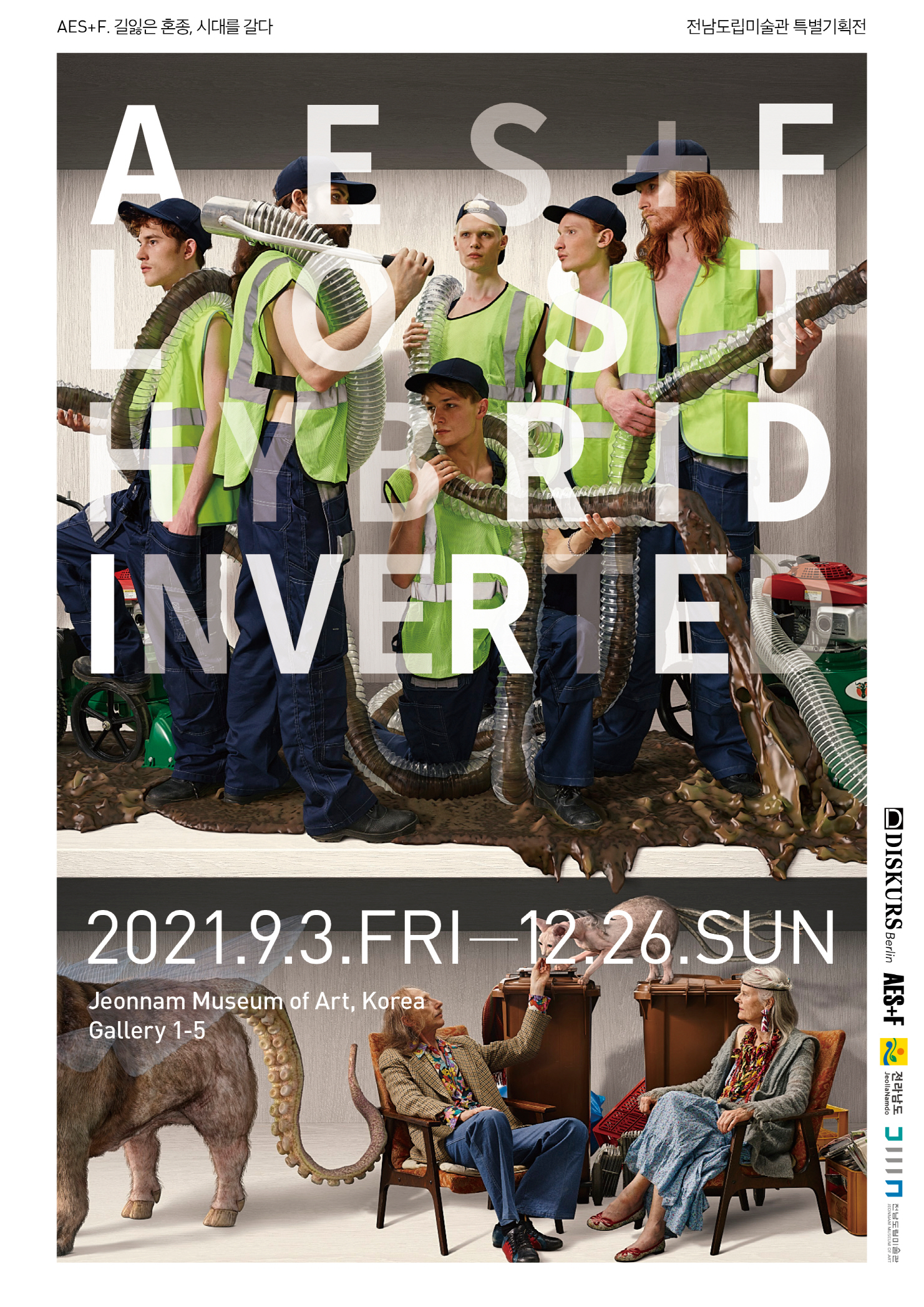 The Jeonnam Museum of Art (JMA) presents a special exhibition premiering the Russian collective AES+F and their major works. AES+F. Lost, Hybrid, Inverted is not only the collectives’ first exclusive show in Korea but will be the JMA's second international exhibition after the museum's opening in March 2021. This exhibition tracks the ongoing flow of contemporary art in Berlin and provides an opportunity for visitors to gain closer access to the art scene.

The global world, including Korea, has experienced many crises since the COVID-19 virus in March of 2020. This unprecedented pandemic of the 21st century has brought to the surface many societal issues. These issues include racial conflict, unemployment of economically disadvantaged groups, the sharp fall in sales of small businesses, climate change and other environmental issues. AES+F, since organized, has examined important values within the contemporary world through their visual and auditory works. The group presents a world where the past, present and future are mixed and conventional values and hierarchies are overthrown. By introducing the work of AES+F, JMA would like to look into the present and furthermore provide an opportunity to envision the future world.

The show AES+F. Lost, Hybrid, Inverted, consists of four main sections with works premiering in Korea. The show begins in Gallery 2 and includes the series Inverso Mundus (2015): a piece previously introduced in Korea as a video work. Gallery 2 presents twelve pieces of photography and CAGE, one of the objects shown in the video. In Gallery 3, Angels-Demons is a sculpture series where good and evil, race and sex seem to coexist in the form of infants, heralding the beginning of a new world. Gallery 4 presents the series of photographs of Allegoria Sacra (2012): a dif-ferent form of recreation of a mixed reality environment. Allegoria Sa-cra satirically describes diverse civilizations, religions, and races by presenting scenes in an airport where the airport is used as a sense of allegory. As the title al-ready implies, the concepts of pleasure, torture, etc., are overthrown, leading to a chaotic situation. TURANDOT 2070 premiers in Asia at the JMA in Gallery 5. A re-interpretation of Giacomo Puccini’s opera Turandot that was once screened at Teatro Massimo in Italy in 2019, TURANDOT 2070 is set in imaginary Beijing in 2070. This work raises existential questions about China from a Western perspec-tive, revenge taken by women and authoritarianism, and a mix of the past and fu-ture, each of these themes intertwined.

In this exhibition, many “isms”, such as surrealism, hedonism and exotism, are exquisitely blended with media and topics such as games, fashion, advertising and the internet, creating images of another world through the mediums of photog-raphy, sculpture and video. JMA hopes that this show provides visitors with an op-portunity to envision many different situations regarding the ever-changing para-digms in our world.


AES+F is a collective consisting of four artists from a variety of academic disciplines. As founding members of the collective, architect Tatiana Arzamasova (born 1955), Lev Evzovich (born 1958), and graphic artist Evgeny Svyatsky (born 1957) used their last names to form the acronym AES. When fashion photographer Vladimir Fridkes (born 1956) joined in 1995 the name of the collective changed to AES+F, and then became a group of four. AES+F defines their work as "social psychoanalysis" because it is closely associated with exploring and uncovering values, evils and conflicts in contemporary global cultures.

Participating in the Russian Pavilion at the 52nd Venice Biennale in 2007, AES+F focused a great amount of attention on their work The Last Riot. They revealed their second series The Feast of Trimalchio in Venice in 2009. The collective held exhibitions in renowned international art spaces including Tate Britain, MAXXI, MACRO Future and The Centre Pompidou. From 2016 to 2019 the group created stage designs for theater and opera. With their ideological questions, methods and combination of art techniques including photo animation, the work of AES+F holds an unchallenged position in the global art scene. 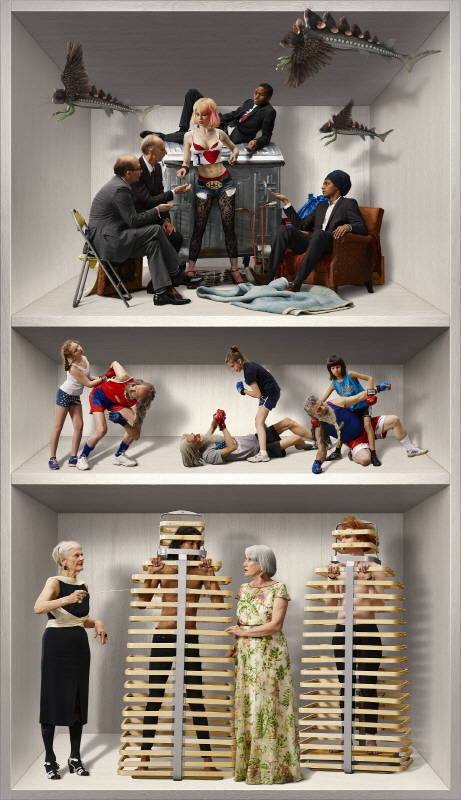 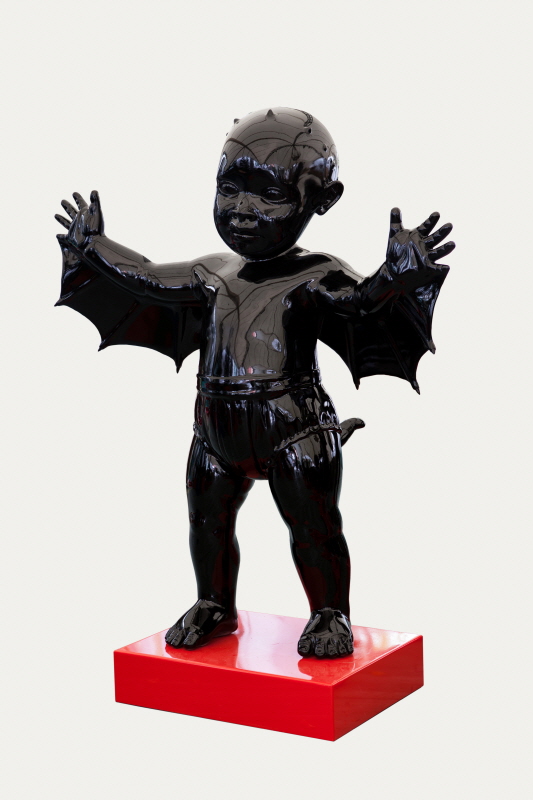 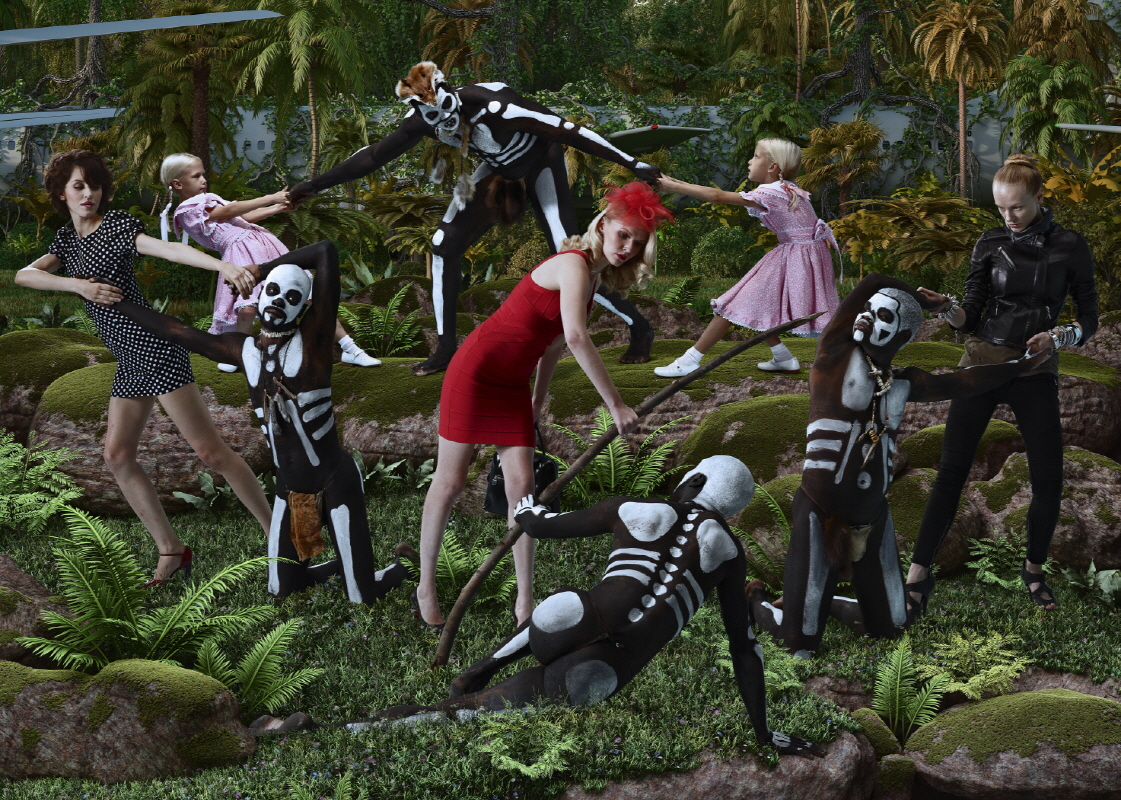 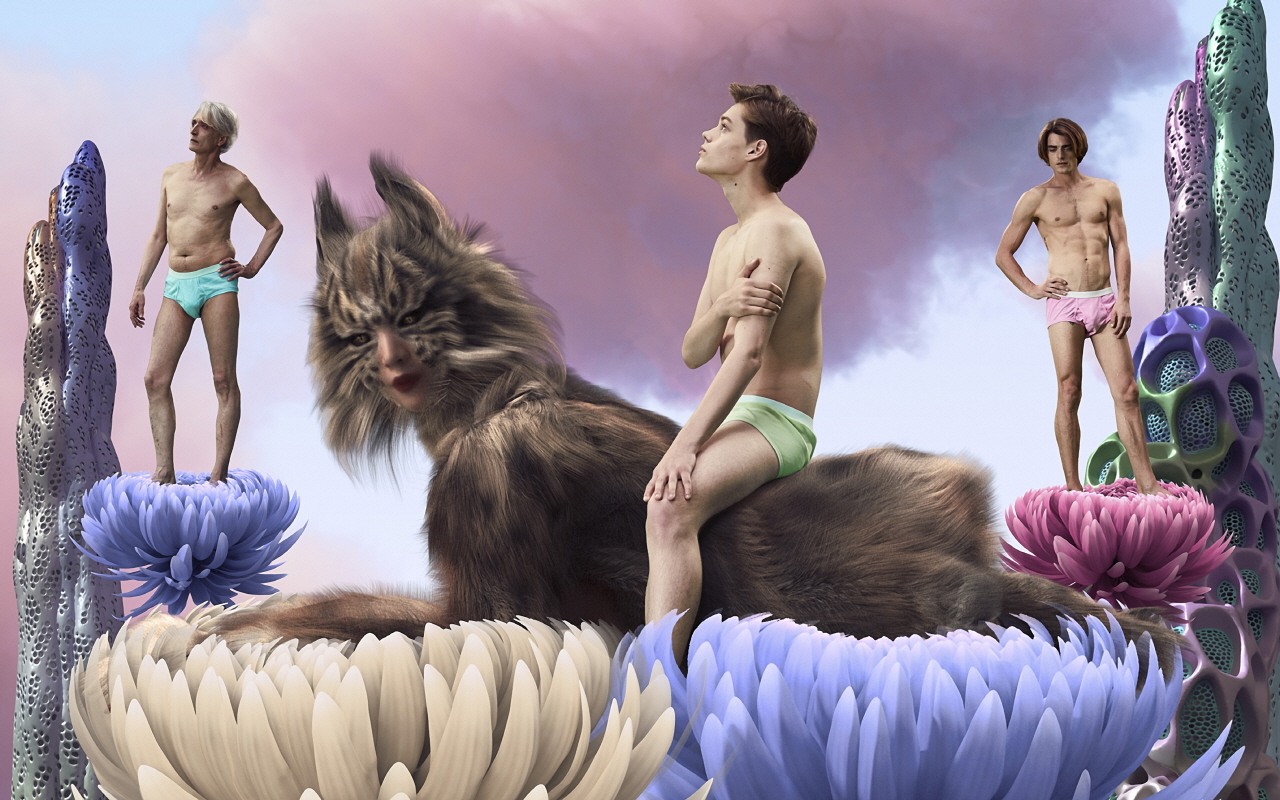